We are so happy to once again present to you the newsletter for the 2nd Quarter of the year 2012. A number of activities which marked the beginning of the year have continued and are still being pursued for the betterment of the rural communities in Ghana.

We have been so much grateful to you for standing by us no matter what the situation; we are sure the good Lord Himself would bless and replenish your efforts at helping to improve the lot of deprived and disadvantaged communities, thereby closing the gap between rural and urban communities in Ghana.

CRAN is still committed with the vision and mission of reducing poverty and ignorance which are higher causes of social injustice among the rural poor. Our prayers and thoughts are with you, our partners and associates that your businesses would flourish so you could carry out your God-given conviction to support the course of growth in this part of Sub-Saharan Africa.

We are resolved as an organisation to provide you with qualitative and quantitative information and update about our work in Ghana so that you can be abreast of development in Ghanaian rural communities as far as CRAN is concerned.

In that regard, we would be providing you with frequent information as much as possible. We wish you the peace of the Living God and pray that He would provide you leadership for the next half of the year. God bless you.

Greetings from the family of the Christian Rural Aid Network (CRAN) Ghana to all of you. It is our prayer that the good Lord who has brought us into this year 2012 should keep and replenish you in all endeavours.

Here in Ghana, the Managements of CRAN and CRAN Microfinance are doing all that is necessary and possible to keep hope of the organisations alive to their goals and objectives. Several strategies are formulated to get the organisations moving. In the quarter under review, the organisations have experienced the goodness of the Lord in maximising their gains to be where they are currently.

The Christian Rural Aid Network, which is the social development wing of CRAN, has won a Local Governance and Decentralisation Program (LOGODEP) project sponsored by the USAID and awarded by Management Systems International under the Community-based Health Planning and Services (CHPS) concept of the Ghana Health Service and the Ministry of Health. The implementation of this program spans from February to July.

CRAN Microfinance, although has made significant progress in the quarter, has seen the resignation of its Internal Auditor, Ben Eyifah, who has since been replaced by Edward Ampah Brient, the former Risk and Monitoring Manager. His position as Risk and Monitoring Manager has been given to Mr. Simon Atiatorme. We believe that your prayers and support are keeping us focused on our vision of providing services to rural dwellers so as to improve their social status.

At CRAN, we trust that you would keep faith with us to enable us deliver. It is our utmost desire to have our donors and partners improve upon their support for our programmes where the need arises, especially in providing for Child Education Support Scheme (CESS) to the less privileged in the rural communities of our operation.

Until the next quarter, we wish to say God bless your works and other engagements richly. Amen.

The Management and Staff of the Christian Rural Aid Network and CRAN Microfinance greet you with love.

The Almighty God has sustained our lives as individuals and an organisation in 2011 especially by your support and prayer. As such we cannot forget to update you on issues that have taken place in the organisation for the last quarter of the year 2011.

We at CRAN and CRAN Microfinance are also praying for you, your businesses, because we believe that when your businesses grow and you live in health as in 3 John 2, it’s then that you could also stand in the best position to support us to bring relief to a number of disadvantaged individuals and households within the Central, Western and Volta regions of Ghana.

There were a few issues which posed challenges to us but by the grace of God, things are moving as envisaged. For instance, we had planned to relaunch the Child Education Support Scheme (CESS) which is seen as one of CRAN’s major social intervention projects at the time, however, we could not. The legal and assets separation of CRAN and CRAN Microfinance has also come as a challenge, but this year we believe there is light shining at the end of the channel for us.

The relaunch of the CESS programme is expected to take place this year barring all challenges. We therefore seek your prayers and support in making our dreams achievable.CRAN Microfinance also expects a number of investors who have expressed interest in its operations to begin investing in its operations this year, God on our side.

The newsletter for the last quarter of 2011 has been sent to you for your update on our work in Ghana. God bless you for the support over the period and have a blessed year 2012.

As part of efforts to improve communication between CRAN and its stakeholders, we have created and revisited our websites. Separate websites are now created for CRAN and CRAN Microfinance.

We wish you a happy reading.

Management and staff of the Christian Rural Aid Network have extended their regards to you. We are also very grateful for your support. You have kept fate with CRAN for several years and we acknowledge that your support has been of great help to our communities and us. For the past two quarters, a number of activities have taken place in CRAN and we are very glad to relay them to you so that you are updated as to what has been going on in CRAN. A few of such issues are depressing though, but we have had consolation in our God to provide and make all things work for our good as an organisation.

The arrival of the CEO for CRAN Microfinance has been the most significant aspect of the season because we have the hope that his coming would result in a turn-around for our microfinance scheme. The results are beginning to show.

CRAN has also not forgotten its role in building the society around us. We have been at par with our corporate social responsibility and our quest to providing spiritual and moral growth to our communities is still in focus. We have done a lot. But there are several other things that we could do by your assistance. We pray that the Lord will bless your works so you could also remit towards building the lives of the disadvantaged boys and girls, men and women in this part of our world.

Once again, we appreciate all you have done for us in the past few years and hope you would continue to do more in order to build a society devoid of poverty and ignorance.

May the Almighty God bless and replenish your strengths so that you would grow from strength to strength, grace to grace and favour to favour.

Dear Partners and Associates, on behalf of the management and staff of CRAN, I’d like to extend a very warm greeting to all of you. I believe that as we concentrate our efforts on providing relief to people in the rural communities here in Ghana, we are working towards fulfilling the purpose of God for both the people we reach out to and also ourselves. The year 2011 has begun in a very strategic way and we at the Christian Rural Aid Net-work here in Ghana believe that it is the year of wonderful things and a period of turn-around for the organization. We look forward to working with you in realizing our corporate goals for the year. May you remain blessed. Thanks.

Yours in the service of God,
Patrick Agbesinyale (Dr)
Executive Director 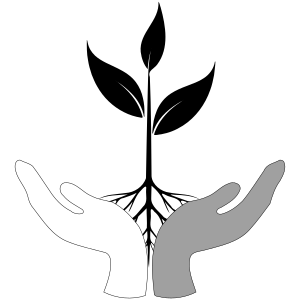